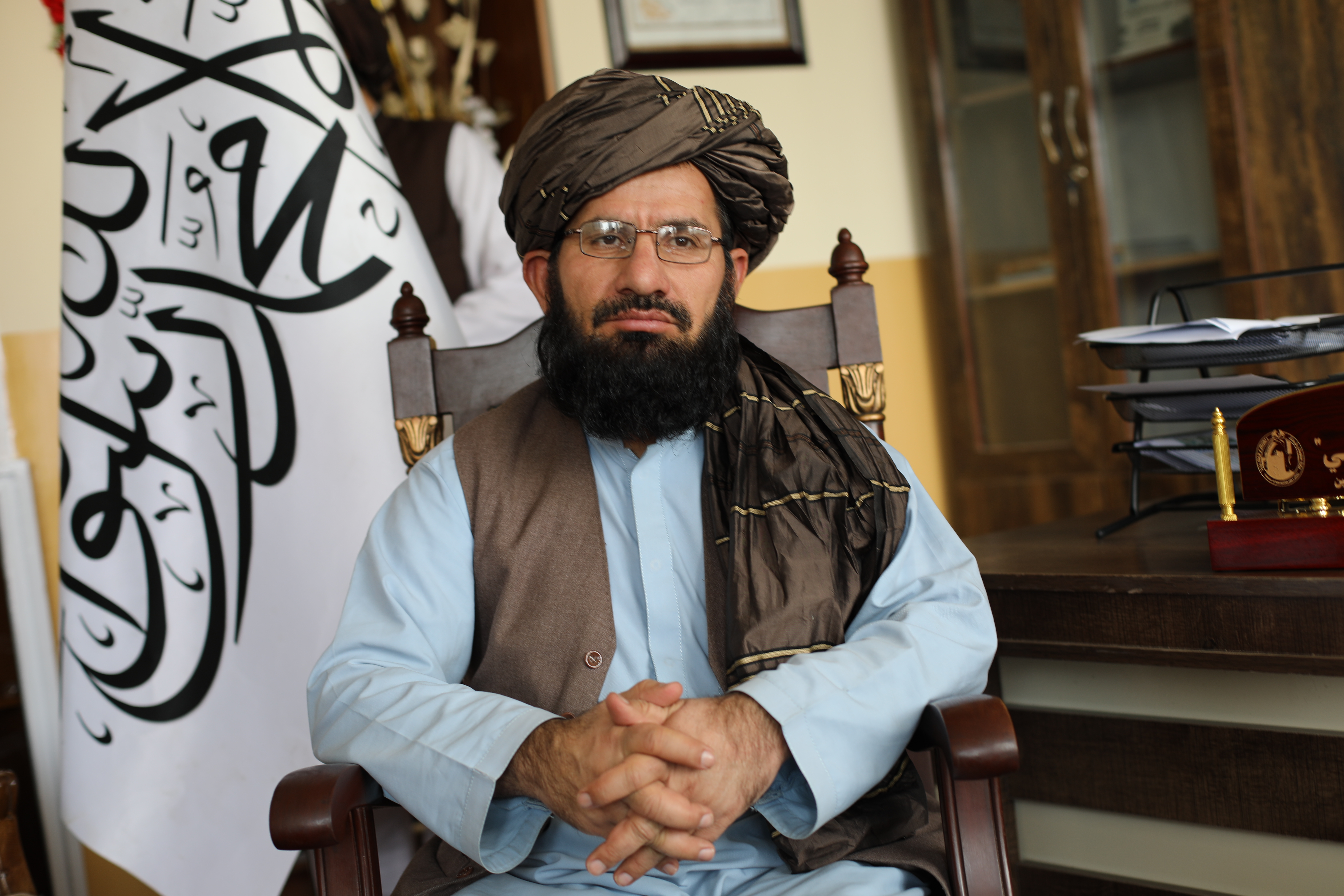 Hayatullah Zahidzada (Mahajer Farahi) son of Muhammad Zahid Akhundzada, grandson of Maulawi Said Muhammad Akhundzada, was born in the solar year 1358 in Wariye village of Farahrud district of Farah province.
Mr. Farahi attended school up to the 6th grade and then started Islamic studies. He attained his primary religious education from his uncle, Mawlawi Muhammad Abid Akhundzada and pursued his Islamic education in various seminaries.
He graduated from higher Islamic education from Jami Mazhar Ulum-e-Fazila Madrasa in Old Kandahar City in 1378 solar year. He was also privileged with the award of honor by Kandahar Jihadi Madrasa.
Mr. Farahi’s responsibilities during Jihad
During the previous period of Islamic Emirate, he served as head of Real Estate in the Ministry of Foreign Affairs for a short period of time, after which he was appointed as the District Governor of Dawlatabad district of Balkh Province, and then in mid-1380 solar year, 2001 October, when the American invasion began, Mr. Farahi was captured in the North along with many other Mujahideen and spent six months in Shabarghan Jail.
When Jihad declared in Afghanistan against the American occupation, he was one of the first people in his province of Farah who started the movement against the invasion. He had his own military group and friends.
Mr. Farahi served in various positions during the two-decade of Jihad which includes serving as head of the Military Commission of Greshk district of Helmand Province, Chief of Intelligence of Farah Province, head of Military Commission in Farah, spokesperson of Anardara District of Farah.
He also had the responsibility of Dawah, as well as assistant and in charge of the Customs Office in the Western Provinces.
After the victory of Islamic Emirate, Mr. Farahi was appointed mayor of Herat province under the direct order of Amir al-Mu'minin (Supreme Leader of Islamic Emirate) who was later appointed as the Deputy Minister of Information and Culture in Publications Affairs.
Mr. Mohajer Farahi is a person of good talent, vision, deep thinking and strong reasoning, religious and a patriot. He is also a good poet, author and writer.
His published works are as follow:
Memories of Jihad (in Pashto, Dari, Arabic and English)
Khpalwak (poetry collection in Pashto)
Current Affairs and Inventions (Translation)
Treatment Based in Quran (Translation)